The Joy of Donating

A splendid dinner aimed at raising funds for the onlus association took place in the Salone delle Feste of the Reggia di Monza.

Meeting Project took care of the Video projections on Videowall and the Video Mapping on the walls of the hall. In addition to taking care of the audio presentation part of the evening, it also followed the live musical entertainment and show. 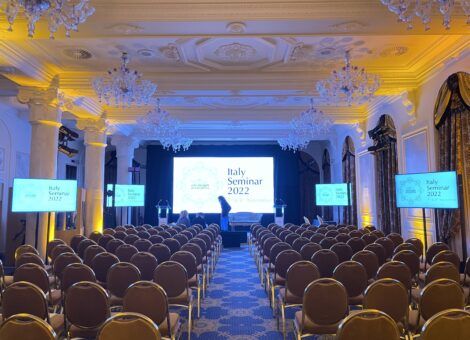 On 6 and 7 November, the French company Biologique Recherche (Paris) held a seminar at the Grand Hotel des Iles Borromées. Two days dedicated to dermo-cosmetics. Meeting Project organised and realised the event as a whole. The conference part with the simultaneous translation service from intepreting to technology, the video system from video filming to video projection on Ledwall and monitors, from the technical set-up of the workshop rooms to the photographic filming and stage settings.
In addition to the technical part, the Gala Evening was also

We have supplied, set up and managed with our. technical video-graphic direction on the WatchOut system and Ledwall with a pitch of 2.9 of the size of 16 meters of base and 9 meters of height which was a screen

and an integral part of the scenography of the Show – Event directed by Maestro Riccardo Chailly with the direction of Davide Livermore who also curated the scenes together with Giò Forma and D-Wok for the digital parts. The extraordinary 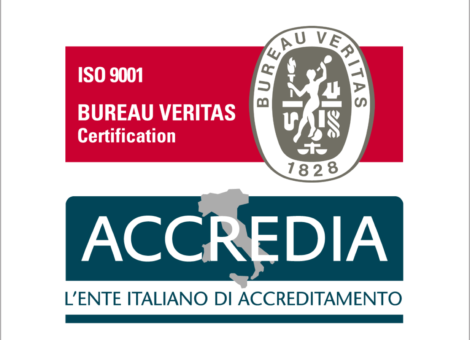 The Audit for the renewal of the Certification of Conformity with reference to ISO 9001: 2015 – Quality management systems was concluded last February. This certificate confirms the quality of the procedures that Meeting Project applies to its work processes as a System Integrator, such as Rental and Audio-video Service. 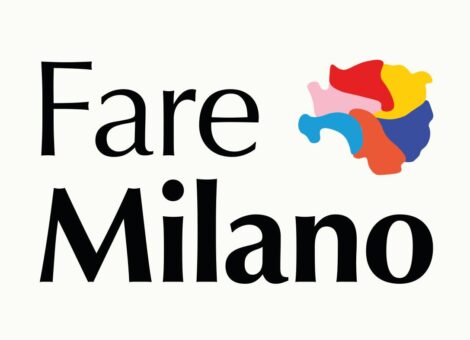 MILANO – OCTOBER 2020
From 19th to 29th October we managed a series of events in Live Streaming at Palazzo Giureconsulti on behalf of the Milan Chamber of Commerce and in collaboration with Milano & Partners – Yes Milano. Seven meetings for seven themes, to plan together the future of Milan, Ideas and planning together with representatives, experts and protagonists of the city. 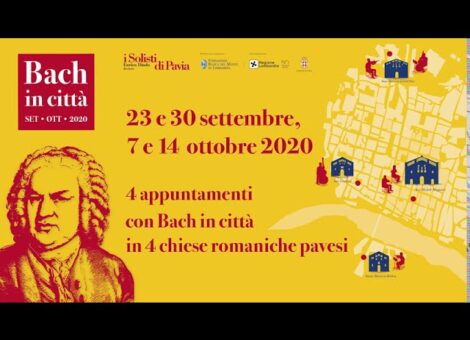 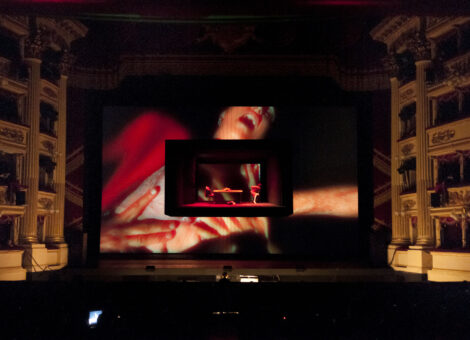 The Premiere of Luca Francesconi’s Opera was staged on April 26, 2011. Since its first performance at the Teatro alla Scala and in subsequent performances in Europe, Meeting Project has participated in its multimedia realization, up to the last edition autumn 2019. It is the Opera to which our company has put passion beyond professionalism. 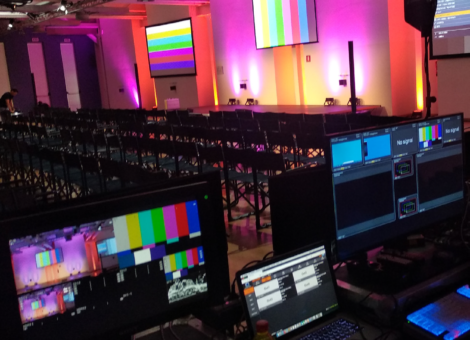 In this difficult time we offer you the support you need not to give up meetings and events. We have activated solutions that guarantee your operational continuity and keep direct relationship with collaborators, partners and customers alive.

From the security of your houses or from the place of reference, we can connect you bi-directionally with the participants at the event through our Webminar and Streaming services on Safe and Tested professional platforms. All supported by our directives and professional technologies. 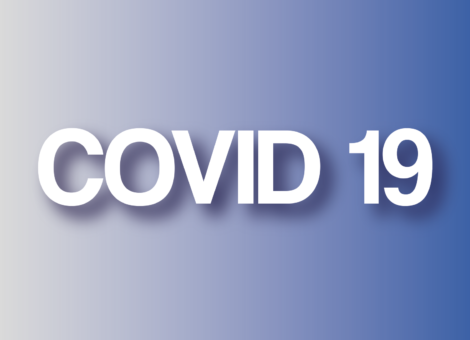 Our company shares the provisions and restrictions of work and movement imposed by the Government and the Governor of Lombardy.

Our work is limited to remote technical assistance and video conferencing. 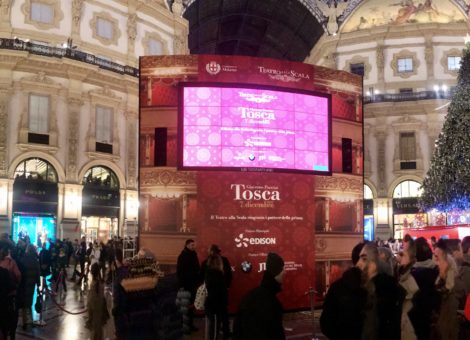 On December 7th, as per established practice, we designed, created and managed the multimedia scenographic installation for the projection of the live broadcast of the opera “Tosca” in the Ottagono in Galleria Vittorio Emanuele. The live broadcast of the theatrical work, which opened the 2019 – 2020 season of Teatro alla Scala, is part of the initiative of the “diffuse premiere” of the city of Milan and Edison.